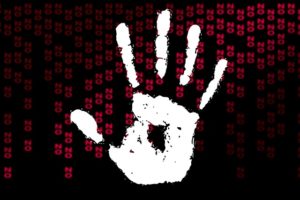 Writers have this thing about rejection. It seems edgy or romantic somehow to count rejection notices, to clutch them to your breast like the beads of a diabolical rosary with the power to damn or redeem your creative power for eternity.

That’s an awful lot of malign intent to ascribe to an agent who might simply have too many titles like yours on the plate right now. Not accepting your book might be rejection, but it’s probably a lack of acceptance.

Writing is art, but publishing is business. If you want to be a writer who’s also published, then by definition you need to consider both elements. If you’ve chosen to self-publish, the entrepreneurial implications are obvious. If you’re aiming to be traditionally published, you’re hoping to sell your product through a middleman who plans to make money from its success.

Either way, if your book doesn’t fit the market—and especially if you don’t even know what the market is—you probably shouldn’t expect spectacular results.

It’s a big, big pond, and as a debut author, you’re a wee little fish. The thing is, the necessity of making the cut is not unique to writers. It’s just reality, not the Thunderdome, so don’t make too much ado about nothing.

I could go on, so perhaps it’s fitting that writers should do a little less—less going on, that is. Less going on about rejection and more moving forward to generate still more of it.

What does rejection mean?

It’s true that some agents or publishers or readers just won’t like what you’re selling. Take inspiration from your friends the content writers and journalists, who pitch a dozen stories every month or even every week. The sheer number of rejections and rewrites required to successfully place a story in the right market makes it abundantly clear that very often, it’s the project that’s not moving, not you.

But if the project just won’t budge, what then?

If your query isn’t getting anything but form rejections, you might have a weak query. Review your query package with a seasoned author, professional editor, or quality writers’ group, and follow submission requirements for individual agents to the letter.

If your query is getting requests for pages but nothing after that, the problem lies with your story concept, storytelling, or writing. At this point, turn to beta readers or a professional developmental editor to help suss out the sticking point.

Time for the truth bomb: if you’re the only one who’s likely to “get” your book, you haven’t written a saleable novel. It may be an amazing book indeed, but it’s not commercial fiction. It’s creative writing, maybe, or maybe a really great journal. Maybe it’s something worth distributing via hobby or special interest sites. But a book not many people will appreciate is a book not many people will buy.

If you take nothing else from this article, it’s this: Don’t get sucked into mooning over mawkish blogs bemoaning how their authors’ creative souls are withering under the unceasing torture of rejection. Your soul is not being judged at the pearly gates. You’re pitching a book in an industry based on pitching books. Toughen up. Lean in. Push back.

Avoid investing so much of your identity into one project that you cut yourself off from the ability to move on. You’re bigger than one book.

See all those startup creatives carrying their Starbucks up to their trendy loft offices to labor 24/7 over their big new thing? Those innovators are no less creative than you, but they have something extra to back that up: resilience. They expect to fail. They’re dogged, and they’re fearless, and they’ll iterate through failure after failure until their concept rises above the rest, gets funded, and goes to market.

You can do that too.

Whatever you do, don’t get caught up in counting rejection notices. That’s turning a practical process into emotional melodrama that drains energy you could be using to write your next book. Yeah, your next book—why aren’t you working on that again?

So you’ve written a book. That’s huge—you earned that. But avoid investing so much of your identity into one project that you cut yourself off from the ability to move on. You’re bigger than one book.

So write the next book.

Need help figuring out why your query isn’t getting past the gatekeepers and on to publication? Email me and let’s talk about your novel.